Sadesati  is often considered as a curse. All and sundary contemplate Sadesati as a synonym of a bundle of woes and worries, irrespective of the ignorance about technical aspect of Sadesati that it begins to operate when Saturn begins to transit the sign twelfth to the sign occupied by the radical Moon in the birth horoscope of the native. As a matter of fact, Sadesati is known as the total span of time taken by Saturn to traverse over 12th, 1st and 2nd houses with respect to the sign position of the radical Moon in the individual birth chart. Sadesati, by average motion of Saturn, equals approximately a period of seven years and a half. People are often dreaded of Sadesati as it is associated with multiplicity of woes and worries, undesired expenditure and embarrasments. Here an attempt is made to trace out the underlying cause of Sadesati and hence to develop a modern approach to the concept of Sadesati.

From the Marxist point of view about scientific astrology, Sadesati may be interpreted as the time when one tends to become awfully ousy mentally and physically both so as to enable oneself to achieve the maximum  targets of success. This involves extra expenditure and results into mental and physical exertions coupled with woes and worries due to unfulfilment of all the desires, of course. Naturally the person becomes victim of added responsibilities and extended engagements. No doubt, during Sadesati, one is charged with  high potential for gaining momentum in achieving success, but in order to minimize the evil influences one should not be tempted to move ahead through a step-function rather than a slow and continuous process of development. One must give due weight-age to mental and physical relaxations. Temptations should he kept under check. By doing so, one gets adapted to new stresses and strains and thus slowly and steady can touch new heights of advancement in life. If appropriate coordination is established between thought process and action, one can make the best of golden opportunities available in the commonly dreaded period of Sadesati. 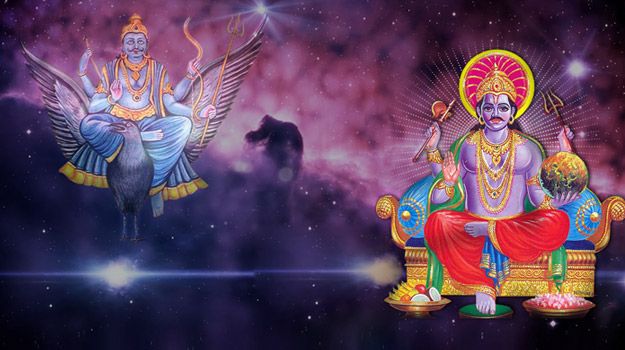 In order to mitigate the evil influences of Sadesati, it is generally advised to propitiate Saturn and Durga and donate material things associated with Saturn, etc. But to obtain the best results, one’s mind filled with devotion, must be associated with the act of any occult phenomenon. The role of mind in the field of occultism needs to be dealt with separately.

The evil effects of Sadesati tend to materialize more in case of Mithuna, Karka, Simha and Dhanu lunar signs as Saturn owns eighth, seventh and eighth, seventh, and second houses respectively. Sadesati is not more troublesome for Makara, Kumbha and Mcena lunar signs because in their cases Saturn transits her own sign.

Sadesati should normally be reckoned with birth lunar sign. In this connection it is stated as:

i.e., In connection with matters related with marriage, journey transit effect of planets, Janmarashi and not namarashi, should be considered.

The transit of Saturn with respect to radical Moon has become so significant probably because Saturn denotes justice and labour. Thus a labourer who seeks justice also has to face several uncommon difficulties on the way. Thus it is easily discernible that one need not be puzzled at the commencement of Sadesati. Rather one should attempt to solve pending problems during this period. Good acts and charitable deeds should be performed. The poor should be given food and shelter and be helped in every possible manner. In fact, Sadesati must he considered as a boon.