Theory of Cause and Effect in Astrology 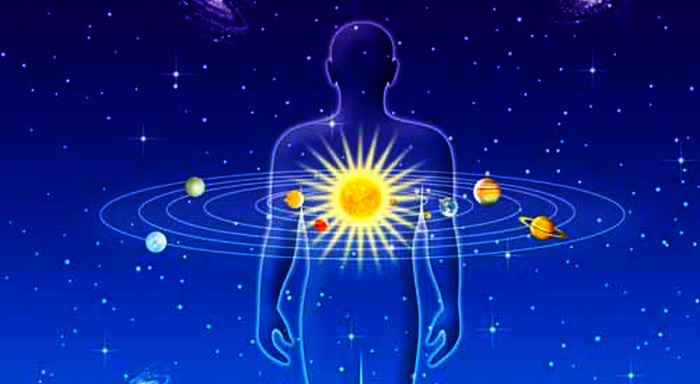 Theory of Cause and Effect in Astrology- Astrologer Vinayak Bhatt

Modern science is wholly based on the theory of cause and effect. This theory states that ’cause’ precedes an effect and every cause has some effect. While pondering over depths of philosophy and science, sometimes one faces one’s inability to ascertain some cause to a particular effect. Such situations lead to the development of Principle of Uncertainty known after Heisenberg. Our knowledge is fast growing as we endeavour more and more in order to delve deep into the secrets of nature. It is quite plausible that nothing happens suddenly in nature. A set of natural laws operates behind the sequence of any events, howsoever some explanation has yet to be saught for a scientific basis. In order to discover new elements of knowledge for dealing with the situations related with the principle of uncertainty, man is busied with attempting at unravelling secrets of nature.

MEANING AND EFFECT OF PREVIOUS BIRTH

Astrology is also based on the theory of cause and effect. Even at the time of birth, birth chart of the native can be interpreted to know as to how far the native is destined to gain virtues and vices and experience pleasure and pain in life. Just as the pumule of a fertilized seed leads one to assess the probable development of the would-be plant, so the heavenly configuration of planets at the time of birth of a child helps one to make a sophisticated estimate of the future of the child. A healthy (pumule) rises from a healthy seed. It is the cumulative effect of previous births that determines the moment of birth under the influence of benefice planets. A healthy plant grows out of a healthy embryo provided suitable conditions including provisions of adequate fertilizer, water, air and light are felicitated. Similarly a bright future can be estimated from the birth chart of a native provided he may be provided with a suitable environment and adequate felicities. A healthy plant is definitely prone to suffer from the ill effects of stray cattle and storms etc. if any. Today the man is so badly involved in the routine affairs of life that he escapes danger to life at every moment in one form or the other. In this manner he accumulates the effects of innumerable lives in a day, of course. Thus a sequence of lives is established and the man begins a new life at every moment. What is needed to be impressed upon here is that not only the birth chart of a native should be taken as the sole agent for determining the future of a person, but the effects of environment on his upto date history of life have also to be taken into account in order to properly delineate the details of his forthcoming achievements in life and to ascertain as to what extent his potentialities are going to be put to the best of utility. In, fact, history of the native in relation to heredity and environment has to he examined critically from the astrological point of view in order to establish a sequence of events in the past so that the sequence of events in future may be estimated in a sophisticated manner. This factual study of the past events in the present life often escapes attention of the astrologer who rater studies merely the effects of previous births as envisaged through the study of planetary configuration in the birth chart. Thus the negligence of the sequence of events in the present life to be taken into account helps us to understand why some predictions utterly fail. This point of view can be better explained through an example as given below:

Suppose in a birth chart, Mars occupies 10th house i.e. the house of profession. The native is prone to be a military officer, police officer or an engineer. Now the environment available to the native will actually determine the course of future developments. The son of military officer would like to become a military officer because he had very often been exposed to military environment. Similarly a police officer would better manage the selection of the native as a police officer and so an engineer would do. Here it may be emphasized that under similar planetary influences, a native may become a military oil:jeer., a police officer or an engineer as the environmental. factor would influence him. But at the same time, he accumulated influence of the previous births as represented in the. birth chart helps determine the independent will power of the native. However will power is strengthened under the favourable influences of the environment. Consequently a son of a military officer in the present instance may also become an officer in military police or a military engineer and likewise in allied cases as well. However the degree of will power of a native is subject to the will of some supreme power or god as it may be called in other words. It is just like a cattle tied with a rope of five metres length that the cattle can move about anywhere within the circle of a radius of five metres and not beyond that. It is, of course, certain that a native can surely develop and exercise his free will within a given scope as determined through the study of birth chart of the native.

In a nutshell, it may be remarked that the karmic theory of ‘Horoscope’ is primarily based on cause-and-effect relationship. The native reaps in this life what he had sown in his past karmas. The sequential development of karmas in this life paves the way toward his next step in the evolutionary process of uniting the soul with the God: Not going into the controversy as to how far the ‘free will’ can operate in this life, it may be mentioned here that the very essence of `free will’ is embedded into its derogatory or non-derogatory nature depending upon the sanchita qnanta of his past karmas. Thus the past karmas determined the present course of life which is partially modified by one’s free will enlimited by free will of Nature. Such an image of the model of free will can be easily perceived through the aural studies, aural photography being developed these days.

Besides, it is interesting to note that any thing happens in the universe in such an unisolated manner that the motion of the natural wheel is the least disturbed. Therefore any horoscope can not be judged in a perfect isolation. This is why the Mars posited in the 4th house of a nativity causes the mother to suffer from an acute trouble of blood disorder, do spite her horoscope does not show any such positive indications. However, the intensity of the trouble is modified in accordance with the disposition of her own horoscope, her husband’s horoscope etc. Any non-soothe-sayer reader of mother’s horoscope only will certainly find his reading as singular, and he cannot but call it an exception or logically only the principle of uncertainty is left to rescue rather than to explain the facts in a post justifying manner. Post-justification has become rather a fashion of the day. Whereas the same events could be the least foretold by any so-called pro claimant of astrology. The author opines in as an humble manner as possible, that apart from the simultaneous application of different systems of prediction, any horoscope must also be examined as to how far it is being influenced by other members of the family, particularly the dominant of all. An exhaustive study of this view is, of course, called for. But there is an ample field for research. With regard to such mutual hygroscopic relationships of individuals we may also examine the validity of the aphorism that marriages are made in the heavens. A careful analysis of horoscope coaching must reveal out that if, for example, wife’s horoscope indicates denial of bed pleasures to her, does husband’s horoscope show signs of weak potency or his extremely extravagant nature as the case may be as well? How do they reap the fruit of union set of their past karmas? The effect must be traced back to its cause. It may be contemplated that impotency of a man will be treated properly if the wife’s horoscope promises marital happiness through husband. If otherwise, the trouble will be aggravated more. Thus a horoscope should not be studied in exclusive isolation especially in particular contexts.

CAUSE AND EFFECT IN INDIVIDUAL LIFE

Theory of cause-and-effect plays a very significant role in one’s present life also. For instance, Saturn posited in the 9th house denies domestic happiness to the native which is positively causal to his treading upon the path of spiritual attainment being mostly ascribed to Saturn in the 9th house. Similarly, Ketu or malefic in the 4th house cause some or the other trouble to mother and an emotional unstability to the native, the latter being one of the natural consequences of the former. Instances, however, can be multiplied.) It is simply aimed at showing that any combination in the horoscope reflects upon different aspects such that one serves as the cause to effect the other in an individual’s life.

It may be concluded that astrology is based on theory of cause and effect as all other social sciences do. It is indeed, a non-deterministic and a non-fatalistic science of tendencies. Horoscope reading is equally complex as the course of life is by itself. Theory of cause and effect must be skill fully applied to properly decipher the horoscope prognostication. Heisenberg principle of uncertainty is, of course, a proper supplement, but not a disguiser of one’s own ignorance.

Theory of Cause and Effect in Astrology- Astrologer Vinayak Bhatt