In modem scientific age, superstitions appear to be an inseparable part of human behaviour as a whole. Though many popular superstitions do not respond to the scientific test of validity, yet all of them cannot be claimed to be good for nothing. Hence it is need of the hour that the common superstitions may be critically examined before they are scientifically accepted or rejected.

Superstitions, in one form or the other, are spread over the world as a whole irrespective of any caste or creed. In fact, any one feeling liberated from the tangle of superstitions is also a victim of superstitions in itself. It is said that if a person thinks himself to be a fully normal, he is abnormal to a certain extent psychologically. Now  the question arises as to what may be termed as a superstition. Normally a superstition among people is said to be their popular faith without any scientific logic. However, many a time some popular faith because of ignorance of its scientific base is also taken for a superstition. In fact it is revealed from the antiquity studies in human civilization that man has always been a victim of baseless fear from metaphysical powers which happened to be beyond the human control. Likewise it appears that the development of individual faith in some para psychological phenomena incapable as yet of being explained in terms of established physical sciences has become part and parcel of human nature. 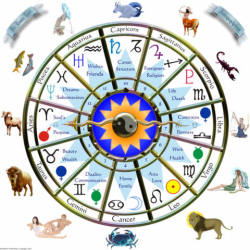 Superstitions may be classified in several manners such as under:

Some people burn their dead bodies, some bury under the earth and some offer the same as a feast to the vultures. It all depends upon individual framework of mind as to decide what is right and what is wrong.

Since centuries together, people have been fascinated with the dreams of hell and heaven. it is the concept of liberation that has given birth to several schools of thought in the world.

Some people derive pleasure in forcing a visitor for taking some food or drinks even if he might have taken to his fill already. To them, it is inauspicious to send a guest without having been served with food or something else. Even some atheists who do not believe in Cod, are tempted to make a huge expenditure at the eve of celebrating an auspicious or inauspicious religious function at home. Some people cannot resist themselves from falling prey to heavy debts just in order to discharge their responsibilities of social liability.

Many a person cannot have a sound sleep in alone if his room is bolted from within. Some are mistaken for creating a healthy impression upon others through their conversation in a sophisticated I n Some feel delighted in exhibiting themselves as a proudly man little interested in mixing with others.

There are some miscellaneous superstitions of varied nature such as offering water to the Sun-god, cutting of path by the eat, sneezing at the start of journey, thundering by the ears of a dog, not to comb the hair at night, not to take had bath on Tuesday, not to tighten the rope of the couch at night, not to look at the Sun during solar eclipse and interpreting dreams Air auspicious or inauspicious result etc. Such examples may be multiplied of course.

It is worthy of note that several superstitions had teen prevalent over a long period from time to time among scientists of earlier times. Jaina mathematicians of pre-Christian era believed in the earth to be fiat and in the theory of twe Suns and two Moons. The theory of two Jupiters had been prevalent among the ancient Chinese. Pythagorus his followers thought that tile planets produce musical sounds while orbiting the Sun in respective paths. Galileo had to undergo severe punishment only because he had rightly refuted the religious faith about the Sun. revolving around the earth.

Scientific superstitions may also be said to have remained in vogue relative to time and space. For example, Dalton’s atomic theory was once one of the highest truths of science but in the light of modern researches about several fundamental particles, the indivisible atom of Dalto: appears to be a sort of superstition at that time, no doubt it proved to be a milestone in the history of development of scientific model of an atom at present. It is revealed from the history of science that some of the so called superstitions have rendered a vehement role in the development of scientific models, of course. Alchemy gave rise to the development of medicine. Astrology is the mother of Astronomy, that is, Astrology led to the formulation and development of Astronomy. A popular faith that `a person having been cured of cowpox cannot become a victim of smallnpox Sled Edward Jener to discover anti smallpox vaccine. When a scientist dreamt of a snake having caught his tail in his mouth, he revealed the secret of ring structure of an atom of benzene. Lincoln had seen. the true picture of his death in a dream just three days before he was assasina ec. Chiero, a famous palmist, pulled the chain of a train when he had observed two co-travellers with a simian line in their respective palms. !shortly after he had got down, the train met with an accident and both me persons in question happened to leave the earthly planet for good. Similar examples may, of course, be multiplied.

According to a nobel laureate, Kush, many a superstition is the Knowledge of olden times and it, as yet, lacks interpretation in terms of modern science. Now let us critically examine some of the popular superstitions in the light of present advancement in various fields of science.

In order to perform certain propitiations, a place is purified by coating, cow-dung there. In fact cow-dung has the power to kill germs. This fact throws light on the sharp intellect of ancient maharishis who started the practice of purifying the place of propitiation through the use of cow-dung. But in the light of discovery of several germicides available these days, this practice can be easily dispensed with. But it is being followed still because of deep-rooted faith in the conventional process of religious performances. In fact, like sugar coated pills, some scientific traditions, were started under the garb of religious faith. To illustrate this a little mose, many people will not hesitate to beat the cat to death if they are advised only in accordance with the fact that the cat kills the rats who are carriers of germs of plague, a dangerous disease. However, they will never attack upon the cat if they are made to believe that they will have to donate a cat of gold in order to get rid of the sin of killing a cat. Instead of copper or silver, only gold has been advised to be used probably because of the importance needed to be attached for saving the animal. Likewise, in order to save from the radiation during eclipse, people especially the pregnant ladies, have been advised not to roam about hither and thither but to meditate in a sitting pose rather than lying in the bed.

It also appears that man being incapable of opposing the natural phenomena in several cases, has always been in need of moral support. At physical level, several assistances like amulets, talismans, threads and making offerings to gods etc. are only a means of moral support. However, the science of occultism is, in minuteness, a unique field of knowledge and it deserves a separate account in detail. It may, of course, be contemplated that the religious lore has made us to follow the path of many a scientific truth which deserves proper interpretation in terms of modern science.

Some of the superst it ions appear to be beneficial for the society. Had there been no fear from ghosts, some miscreants would have unearthed buried corpses of their opponents at one time. Mad there rot been prevalent the theory of rebirth, whether true or not, many people would have not refrained from committing sins frequently.

Many of the popular superstitions appear to have been based on no scientific logic or we may say, any scientific explanation has not yet been possible in certain cases, such as sneezing, thundering by ears of a dog, hearing of voice of some birds on left or right side of the traveller, falling down of a reptile, twitching of a limb etc. etc. Though statistically many an omen proves to be meaningful, yet scientifically it does not appear to be more than a coincidence. However, omenology, the science of interpreting the omens, needs a separate account in detail. Probably the man has derived some satisfaction in establishing a correlation between certain phenomena and the events in the real world around.

It may be contemplated that if not all the superstitions are logically sound, at least many of them carry significant meanings interwoven with finer values of life considered from the scientific, psychological, religious and social points of view. It is therefore worth analysing critically before a superstition is said to be scientifically discarded. Besides, a blind faith in superstitions should also be discouraged.