Astrology, Remedies or Jyotish as Science 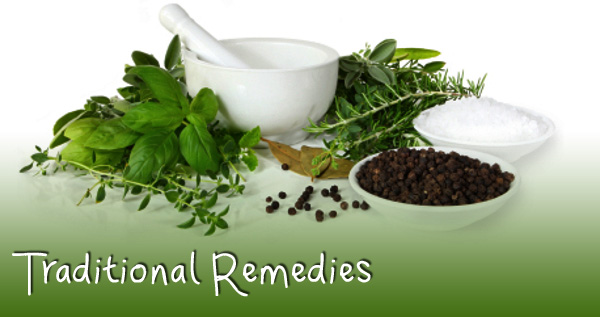 Posted by vinayakb | Case Studies, Remedies or Jyotish As Science

Every happening has some background. Several people have rendered a significant role for bringing out the present work. There have been some general queries such as: Is Astrology a Science? How do planets affect us” How precious stones and rings reflect upon our fate? What is the role of occultism in astrology? Is remedial astrology a fact? And several other typical questions emerged during discussions with doctors, advocates, professors, writers and other intellectuals. Every time it inspired me to know astrology what it is and what it is not.  The words of Prof. Tarsem Bahia have ever been echoing in my mind as he had said, “Being a farmer’s son you have undertaken the study of astrology. You have studied Karl Marx as well. You have studied Science and Sanskrit as well. I understand that my name, as foreseen by you, had been ultimately dropped from the list of Indian delegation scheduled to visit Sophia, the capital of Bulgaria. But for the benefit of society, you should not propagate the cause of astrology. If not, then it is your moral obligation to distinguish right and wrong in the field of astrology.”

I have attempted to critically study astrology quite apart from the traditional approach. An effort has been made to understand the rationale of astrology. However in many cases the astrological phenomena stand to be valid and reliable, despite the fact that their scientific base has yet to be properly unearthed. Ignorance of a fact is not sufficient to deny it. Possibly some Russian discoveries like Kyrlian photography and the phenomenon of high pitched radio waves will help us understand astrology in a better way in future. As a matter of fact untrained astrologers have disrepute astrology by exploiting the popular faith of the people. However it is also worth noticing that some of the educated people also seek to be exploited of their own. Many a time educated people have asked me frankly: Has some occultist done something wrong at our house? Has someone given an occult feed to my son?’etc. Once a bank manager, father of four daughters, was foretold that he was not destined to be blessed with happiness from a son. While leaving for home he regretted exclaimed that I had told nothing to him despite my immense popularity as he had heard of. I humbly replied, “when you are not destined to be blessed with happiness from a son, what else can I tell you?’ Then he bursted out like anything, “You have not suggested any astrological remedy. Be it known to you, Mr Bhatt, that I can even afford to donate a golden idol. You, being a renowned astrologer, have not talked of remedial astrology at all.” The manager spoke perturbed at my simplicity. As a matter of fact, firstly the manager was mentally pricked on hearing negatively about the birth of a son, a rare blessing in Indian culture; secondly he was proud of his riches and he failed to understand why he could not succeed in this venture with all a great deal of his wealth. Had there been another traditional astrologer, he must have been blessed with a silver spoon in his mouth on simply advising the manager to feed the ants with rice and mole for forty days, to offer a coconut to river water, to propitiate goddess Durga and to recite Santan Gopal mantra. The manager would have been very glad and the astrologer as well. In many a case, even the educated people are ,told ready to face the truth. Many people visit the astrologer not, for the :o.trological revelation, but to aseertain t. preplanned future through aairological remedies by speuding money which they are very proud. Thus a few people get mental sotace on corrupting the half-baked asfologcts. Thus it, may be contemplated that some educated people limy he benefited of ghostly yocabo;:lfy e n.)t directly at all. Animals and Birds have their own la nartrg.cs resrecliv,;lv. .Everybody can not understand properly just as the mother alo%c properly decode the physical hints given by a dumb person. astrology is one of the sophisticated techniques to understand mysterious language or nature. Astrology the Ille1-141S and not an end. A skilled astrologer has ?.o rises his professional depending upon

his professional growth. These days computer horoscopes have become fashion of the day in India. Computer science as usual has a high reputation. But several computer horoscopes have been found out to be faulty. Only a few people can understand that accuracy of a computer horoscope depends on correctness of the software used. An yearly horoscope prepared by a computer has been based on Surya Siddhanta value of length of an year which is practically three minutes and twentyfour seconds longer than the modern value of the same. People are rather exploiting the sublime science of computer horoscopy by supplying faulty computer programming in the market. Provided the software is accurate, computer generates the detailed horoscope in minutes and without scope of any error. So far as interprettation is concerned, computer has proved to be quite hopeless. The reason is that the computer programming regarding interprettation is merely stereotyped. The fault does not lie with the computer, but with the programmer who had not worked hard while preparing the computer programme. What we find in general practice, computer gives the same interpretation on Virgo ascendant for almost one-twelfth of the world population. However a computer programme for minute interpretation can surely be developed with a lot of labour seriously. Nevertheless computer is davoid of the professional intuition of a skilled astrologer. Here an attempt has been made to theorise the scientific rationale of astrology in principle from a layman’s point of view. In order to learn astrology, one needs to study technical books on the subject. All essays are in brief but quite comprehensive. Some of the essays like scientific bases of astrology, astrology as a science, Indian astrology, remedial astrology, astrology and mental trends, the world of ghosts, science and superstition, occult science and astrology and the science of occultism etc. have been broadcast from All India Radio, Jala ndhar. The author is deeply indebted to Prof. Tarsem Bahia, S. Harbhajan Singh Batalvi, S. Karam Singh Rasia and other writers, friends and well-wishers who have rendered some help in one way or the other in preparation of this work. The author expresses his deep sense of gratitude towards Dr. Amarjit Kaur for helpful discussions while finalising the manuscript. Messers `Sahaj Anand Karyalaya’ Delhi deserve thanks for their deep interest in bringing out this work. I am confident that readers will welcome this publication with warmth of heart. Any shortcoming will be welcome for rectification in future edition.